At the moment I begin this it’s past midnight. I’ll publish it later, but right now I want to record my thoughts.

I haven’t updated as much as I’d like. If I were to be honest here (which is kind of the point), I’ve been in a very low mood. I don’t care about the tropes. Suffering of any kind is like pouring salt on the slug of creativity (I am the queen of metaphors). I’ll report now that I’m doing better than I was, but not as good as I’d like… but everything is a process isn’t it?

If you are reading this, and have to deal with depression fits and low moods like I do, I’ll tell you here what I tell myself. Depression is a liar and shouldn’t be listened to, and being proactive now will help you later. We must do the things we don’t always want. I know this, doesn’t mean I always listen. Still good advice is good advice right?

So what’s going on? Some linen boards and canvas came in that I ordered. I like the surface much better than cotton, and this is treated with clear gesso so it provides a good neutral ground.  I want to get into it more, but the trouble I have is I feel I need to work from life again. I know what I want, the trick is going to be convincing others to play the part in a way that’s affordable. That’s what I haven’t figured out. But…I do think I need to work on my speed. My best energy is in my drawings, which I don’t show. When I translate that to my paintings I think they work better.  Maybe I’m not the best judge of that though. 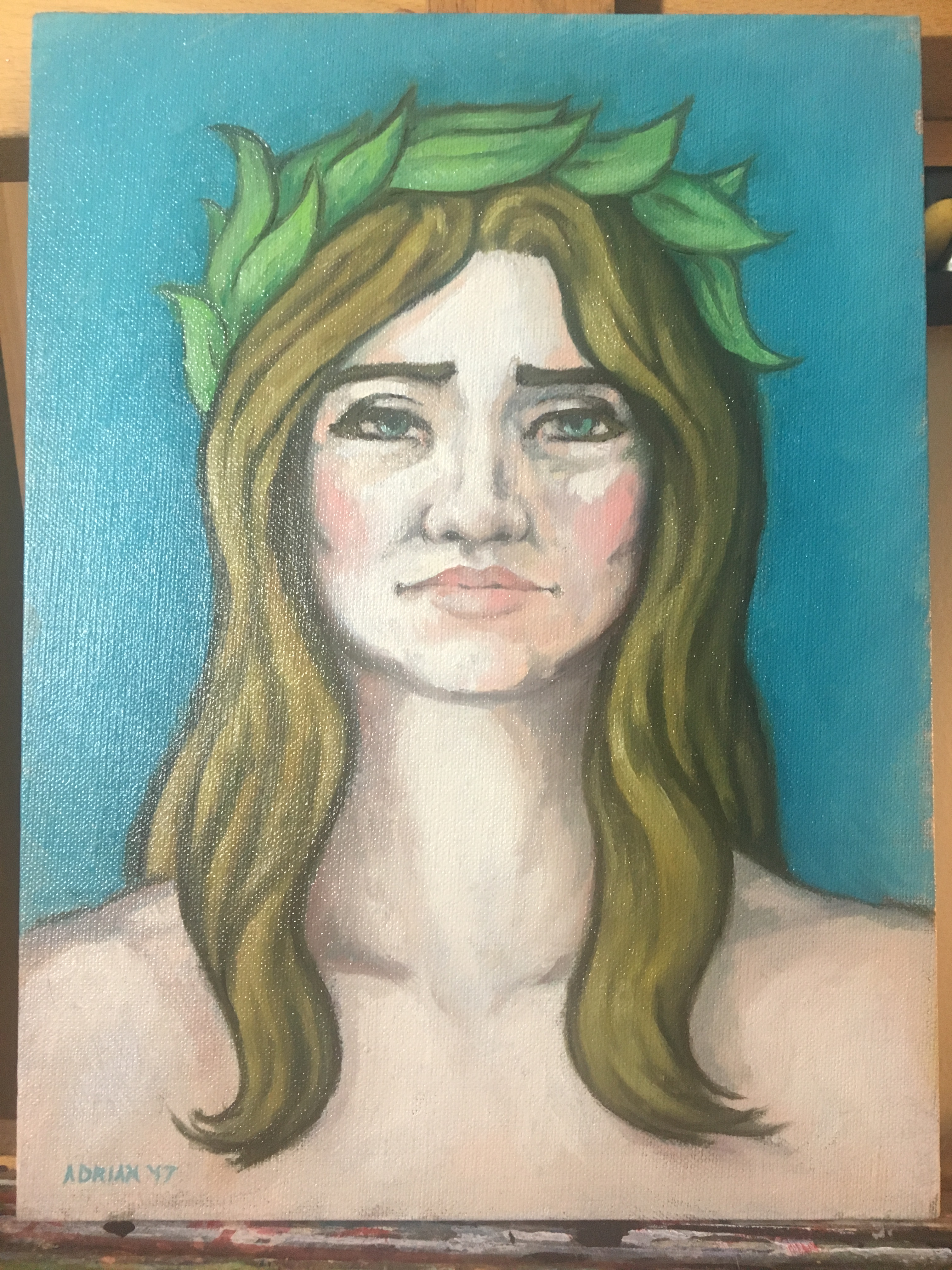 Oh and that reminds me. Remember those skull things I was working on with the vantablack that I was going to silver leaf? Well I had some trouble, and I think I’ll have to toss them. It’s ok, the glue wasn’t taking well to the canvas like I was used to when working on wood.  It’s become more of a mess than it’s worth, so I’ll have to begin again but without the leafing if I am going to use that surface. I got those square canvases for free so it’s no terrible loss. It does mean I’ll have to re-conduct the experiment, but honestly  that’s ok. Experimenting is part of the trade, and that means you will sometiems fail. But in failure you learn.

Other things are happening, but I’ll report next week when the stuff goes live.

I'm a Medieval American Expressionist/Artist. I paint in oils and acrylics mostly, and dabble in other things. Sometimes I travel. To see my work or to learn more about me check out http://saraadrian.com View all posts by Sara Adrian